When Am I Most Likely To Get Pregnant?

There is a certain window of time every month that you are more likely to get pregnant. This is referred to as the ovulatory phase and typically occurs 2 weeks before the start of your next period.

How can I track my cycle?

Many women take advantage of the popular period tracker apps that you can download on your phone. Ask your friends to see which one they’re using or take a look at this list. Having a log of your cycle history is not only helpful for predicting ovulation but can also determine how far along you are if you get pregnant.

How many days of the month can I get pregnant?

There are signs that your body is nearing ovulation:

Ovulation, the release of an egg from your ovaries, only lasts a few minutes or hours. Once the egg is released, it must be fertilized within 24 hours in order to conceive. Otherwise, the egg will die and later be released with your next period.

However, given the right conditions, sperm can survive up to 5 days in the reproductive tract. That’s why there’s a window of time when it’s possible for you to get pregnant and not just one specific day. If you have sex with Jacob on Saturday and Matt on Wednesday but don’t ovulate until Tuesday, they would both be possible fathers.

What’s the most reliable form of birth control?

Although your highest likelihood of getting pregnant will be around ovulation, some women ovulate earlier or later in their cycle, making it possible to get pregnant whenever sperm is present. Even the “most effective” forms of birth control carry a risk of pregnancy. IUDs and Implants are 99.5% effective, while Birth Control Pills, Patches, and Rings are 91% effective with perfect use. Abstinence is the only way to be 100% sure you will not get pregnant. 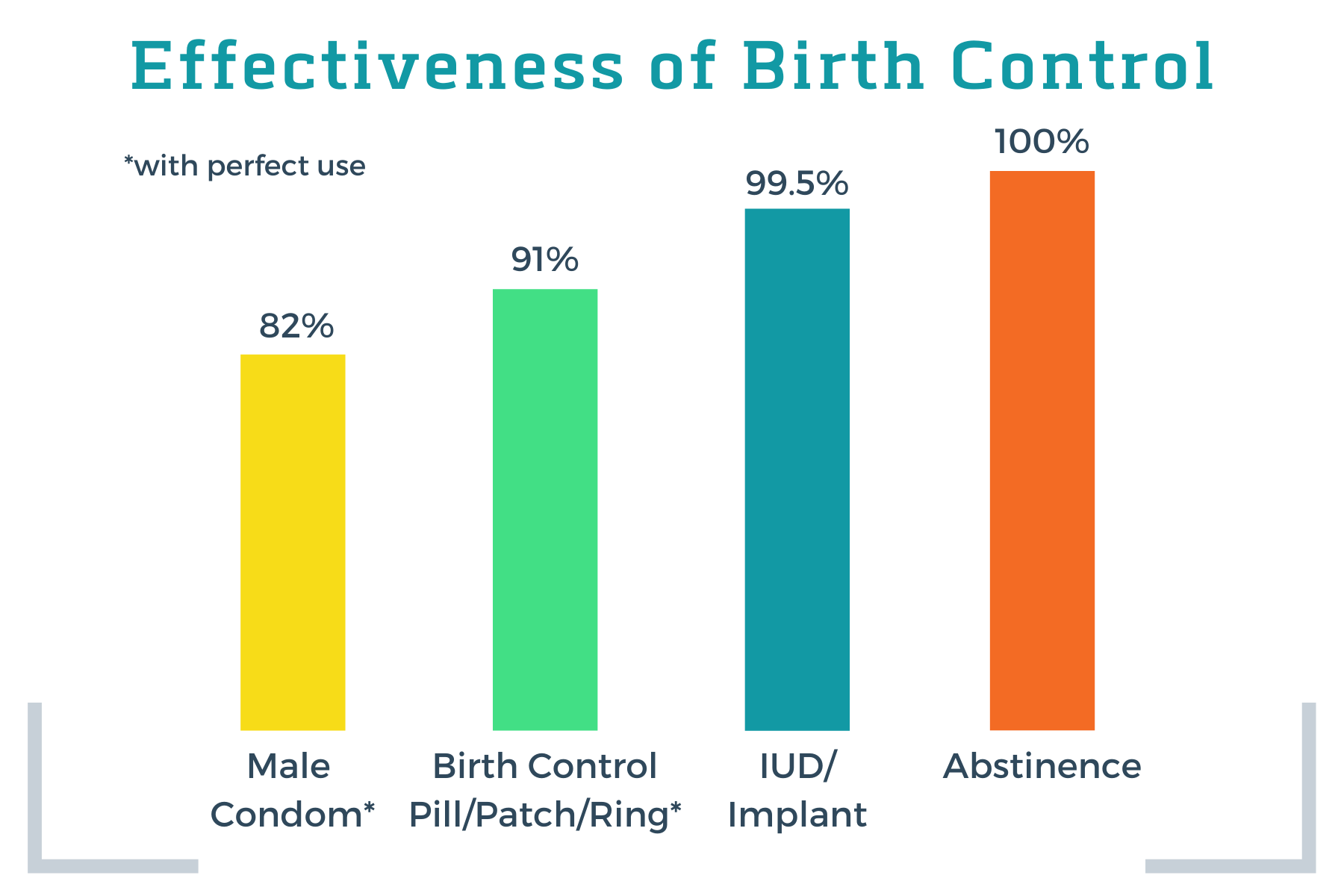 Can I get pregnant while on my period?

Many women want assurance that they will not get pregnant and believe some common myths:

Just because the majority of people believe something doesn’t make it true. If you think you might be pregnant, Embrace is here for you. Learn about your options with a free and confidential appointment, free pregnancy test and free sonogram. Give us a call at 316-945-9400 or text 316-530-1009. We’d love to hear from you.

The content on this page has been approved by one of our board members: Dr. Angela Holdeman, OB/GYN.